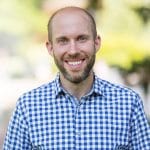 Mike spent a decade first founding and growing a social enterprise from idea to financial self-sufficiency (Sustainable Waterloo Region, 2008 – 2013), then founding and leading a national association to scale across the country (Green Economy Canada, 2013 – 2018) – which included a focus on coaching Executive Directors of community organizations across this network.

Mike led government relations efforts at both organizations over this time. In 2019, in response to growing income inequality and the climate crisis, he ran to become Kitchener Centre’s Member of Parliament in 2019. Over a 10 month campaign alongside hundreds of volunteers, he increased the Green vote from 3% to 26% – the highest result for any Green candidate across Ontario, Quebec and the Prairies.

Mike is an Ashoka Fellow, has been named Young Alumni of the Year by Wilfrid Laurier University, Young Entrepreneur of the Year by the KW Chamber of Commerce, and won EY Canada’s Special Citation for Social Entrepreneurship in 2018.

Mike has a long-standing relationship with the McConnell Foundation, including as a grantee, a past recipient of Innoweave coaching support, and having received the Foundation’s support to join as an Academy for Systems Change Fellow.