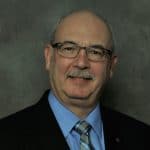 Retired Vice-Admiral who led operations in peace and war. Graduate of Royal Roads University with a MA in Leadership and Training. A consultant, mentor, graduate teacher and Emergency Management Volunteer.

Jean-Yves (J.Y.) Forcier retired from the Canadian Armed Forces (CAF) in 2006 as a Vice-Admiral. He is fluently bilingual and has a MA in Leadership and Training from Royal Roads University (RRU). While in the CAF, he served over 12 years at sea and eventually commanded all West Coast Naval Forces. He has vast experience working in crisis situations. In addition to his extensive sea service, he worked in Bahrain during the 1990-91 Gulf War as the senior operations planner; this experience eventually led him to plan and coordinate, at the national level, the entire military response to 9/11.

Following retirement, in 2007-2008, he temporarily took up a position at RRU to head its new Master of Arts Programme in Disaster and Emergency. Thereafter, he returned to semi-retirement and his work as a part-time consultant. Since 2013, he has been an Emergency Management volunteer with the Canadian Red Cross (CRC) and a Strategic Advisor to the VP for BC and the Yukon.

He has participated in numerous local CRC responses; plus he was part of the first group of CRC volunteers to deploy to Fort McMurray after the May 2016 fires. He resides in Victoria with his wife.