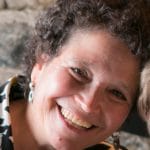 Julie has over 35 years working in the field of environment, sustainable development and corporate social responsibility for government, non-government organizations and the private sector before becoming the federal Commissioner of the Environment and Sustainable Development.

As federal Commissioner in the Office of the Auditor General of Canada she reported to Parliamentarians on the implementation of their legislation and policies. She led the first collaborative audit on climate change with the Auditors General of all the provinces and territories which tabled in 2018. She also led audits on the Sustainable Development Goals (SDGs), the National Energy Board, the Canadian Nuclear Safety Commission, the federal gas tax fund, aquaculture and fisheries management, fossil fuel subsidies, environmental monitoring of the oil sands, the Canadian Environmental Protection Act, biodiversity conservation, severe weather preparedness, ‎pesticides and chemicals in consumer products.

She served on the International Expert Panel reviewing the German government’s sustainable development plan and she worked internationally with Auditors General from around the world on the implementation of the SDGs (Agenda 2030).

In the private sector, Julie was Vice President of Environment and Social Responsibility for the Rio Tinto Iron Ore Company of Canada where she co-led the company’s negotiations with first nations on Impact Benefits Agreements and she managed greenhouse gas emissions, air quality, and fish habitat and water effluent issues.  As Vice President of Sustainability with the Mining Association of Canada she worked to improve the environment and sustainability of the mining sector leading the Towards Sustainable Mining (TSM) initiative.

Julie spent 20+ years working for various nature conservation groups at the staff and board level, nationally and internationally. She was President of Nature Canada for 16 years and on the Global Council for Birdlife International for 10 years.  During that time, she:

•       advocated for the Canada’s Oceans Act and the Parks Canada Agency Act
•       co-led the 9-year campaign for the Species at Risk Act
•       lobbied for the creation of many new national parks and for the strengthening of Canada’s national wildlife areas and migratory bird sanctuaries
•       helped with the establishment of Canadian Environmental Assessment Act
•       co-led one of Canada’s first Traditional Ecological Knowledge projects in working with Cree and Inuit around Hudson’s and James Bay
•       founded the Green Budget Coalition which has been lobbying to remove perverse subsidies since 1999
•       served as a Board member of Wildlife Habitat Canada, the Sustainability Network and a member of the North American Bird Conservation Initiative.

She spent her first working years at Parks Canada in the area of marketing and visitor services.