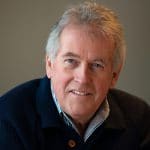 Francis LeBlanc is a lifelong student of leadership and public affairs. While pursuing his university studies in politics and economics, Francis held leadership roles in student government and in a range of extra-curricular activities. After four years as a policy analyst with the federal government, during which he proposed far reaching reforms to Canada’s unemployment insurance system, Francis was elected, in 1988, to the House of Commons. He served two terms as an MP during which time he was deeply engaged in the reform of Canada’s social programs as Committee Chair and Parliamentary Secretary. As Chief of Staff to a federal Minister, during the period 1997-2006, he was engaged in critical policy issues in the departments of Human Resources Development, International Trade, Health, and Foreign Affairs.Francis has applied his experience in government to the not-for-profit sector. He chairs the Canadian civic education organization, CIVIX, and leads two watershed management organizations in the National Capital Region. He has been Executive Director to the Canadian Association of Former Parliamentarians. His interests are in democracy and civic engagement.His passion is to create effective organizations that mobilise individuals to make a transformative difference in their environment and the well-being of others.