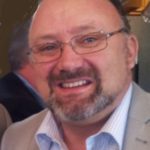 Hugh is a consulting specialist and owner of Qu’anglo Communications & Consulting, an enterprise with a focus on communications, strategic planning and development initiatives for agricultural and rural communities.

In a community context, Hugh is past vice‐president of the Quebec Association for Lifelong Learning, and has served as a representative of numerous community organizations including school boards and a career education centre.

In April 1999, he became a Fellow of LEAD Canada (Leadership in Environment and Development), following completion of a two‐year professional development program. He also represented Canada as part of a 5‐country delegation from LEAD International at the United Nations Commission on Sustainable Development session on Sustainable Agriculture and Rural Development in April 2000. In 2008 he became an associate trainer with LEAD International, as well as with the Global Reporting Initiative (GRI) as part of LEAD Canada’s professional development programming.

In the course of his professional activities Hugh has traveled extensively across Canada and the U.S., as well as to South
& Central America, Europe, Russia, Ukraine, China, South Korea, New Zealand, western and southern Africa.

Coasters Association on the Lower North Shore, The Council for Anglophone Magdalen Islanders, in Quebec.